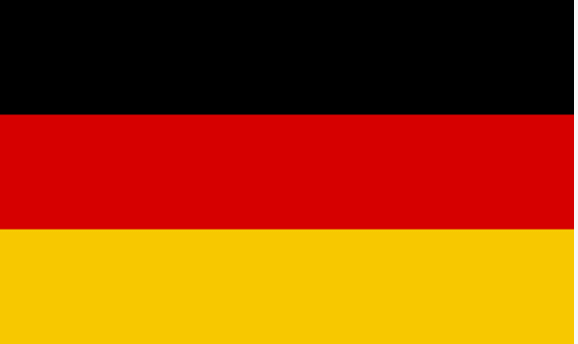 Thanksgiving is called „Erntedankfest“ in Germany. And whilst it is no public holiday in Germany it is still a popular period of the year. Mostly, it is celebrated by the churches and less within the families, but the history and the meaning is taught in kindergarten and school (especially primary school). Kindergarten (unless Christian) and school keep the story a little less religious and emphasize the praise of mother Earth. Children are encouraged to bring fruits and vegetable they can carry and everything is nicely decorated in the class room. In church, the services will traditionally refer to the period with a richly decorated sanctum. Some schools will organize trips to the local church where they also donate the collected products. In some parts you will see lavish processions of ox or horses pulling nicely decorated farm wagons through the town with music bands playing live. Some districts crown a harvest queen (“Erntedankkönigin”) who will be quiet busy over the next year fulfilling representative tasks. You may see dance and music events, lantern parades or even small carnivals. When the festive period is over the products are usually donated further to an organization like “The Tafel” who will distribute it amongst the homeless. Some churches are be known for their fantastic thanksgiving decoration and worth visit – whether you are a religious person or not. In Hamburg that is the “Michel” and in Munich the “Frauenkirche”.

Although Thanksgiving is usual not celebrated as such in German families the period is still used as a good reason to come together as a family. The typical dish is also turkey, or goose. Unlike in the US, where Thanksgiving is a fixed date, Germans rather perceive it as a period that spreads over several weeks. The final date is usually the first Sunday in October but it differs by region (and even church). The regional differences are kind of logic because they are oriented at the harvesting period for the typical regional product. In wine areas it can be as late as November. Moreover, Germans also have the Martinsgans tradition, which originates to a holy knight in medieval times who shared all his belongings with the poor. The St. Martin’s day is celebrated on the 11.11. and marks the beginning of carnival season although it is not celebrated in funny costumes. The typical dish for the St. Martins day is a goose, too. Since the two dates are so close together, they are often combined celebrations in the families.

The St. Martins day is also the final starting shot for the lantern parade season (“Laternelaufen”) which is very popular in kindergartens. Beautiful and artistic paper lanterns are created by the children, enlighted by battery-driven lantern sticks nowadays replacing the traditional candles. Songs are studied and performed and colorful leaves are collected. The St. Martins Day further marks the beginning of Christmas season in the shops, although one may get the perception that Christmas shopping starts earlier every year.

If you want to prepare a typical American turkey in Germany, you will not have problems finding most of the ingredients. However, whether or not you live in an urban area, it is advisable to order a bird with your butcher of choice in order to be sure you’ll get a nice one. They sell out quickly. And they are not as big as in the US. Canned pumpkin is usually more difficult to find, however taking a Hokaido pumpkin also guarantees for a consistent flavor and can be put into the freezer for quite some time. Pecan nuts are available at Edekas or Rewes and so are Cranberries

Many restaurants offer Martinsgans menues, and again, it is recommended to make reservations in time, especially if you plan to come with a bigger bunch of people. Further, your guests would likely need to make their choice of food for the dinner a couple of days before the day because the restaurants only buy the gooses or turkeys on request.